Miners’ Memorial Weekend welcomes hundreds from across the west coast for a weekend filled with passionate exchange and respectful remembrance in the Village of Cumberland, June 21 – 24. This year marks the 32nd anniversary of the event.

The week kicks off with a film double header presented by the Cumberland branch of Vancouver Island Regional Library, 5:30 – 7:30pm on Wednesday, June 21. Learn about the rise and fall of the Dunsmuir family and the legacy of Hatley Park in ‘Whatever the cost: Hatley Park and the Dunsmuirs’,  and the life and death of labour activist Ginger Goodwin with contemporary conversations in ‘Goodwin’s Way’. These two documentaries highlight the stark difference between the opulent wealth of the Dunsmuir family, and the atrocious working conditions of the Dunsmuir mines in Cumberland which led to labour unrest in the area. 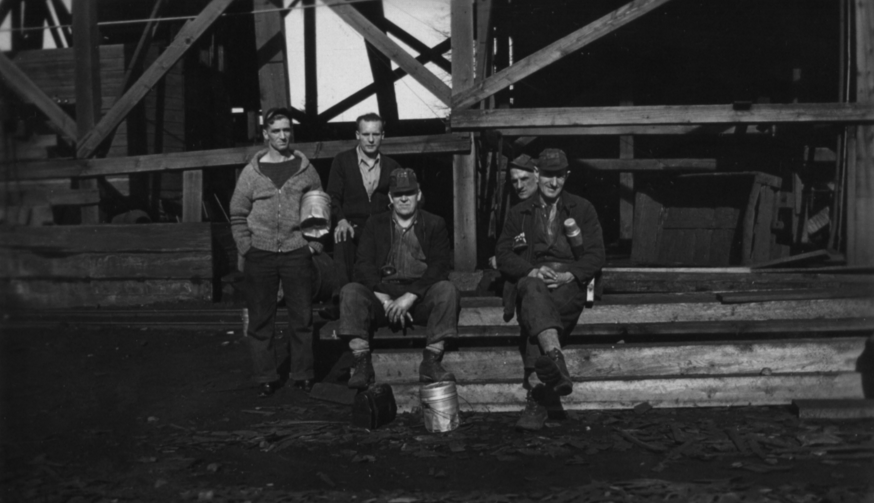 On Thursday, June 22, the Cumberland Museum and Archives is pleased to present author, activist, and stand-up comedian Charles Demers at the Cumberland Cultural Centre. Demers has performed for national television and radio audiences, and at the Just for Laughs Festival. He is one of the most frequently returning stars of CBC Radio’s smash-hit comedy show The Debaters. Local poets Shayne avec i grec and Comox Valley Poet Laureate Natalie Nickerson open the show at 7:30pm.

The Songs of the Workers is Miners Memorial Weekend’s Friday night tradition. This classic pub night welcomes local and visiting musicians to share songs and poems in the working class tradition from past to present. Locally brewed beer, pizza, and fantastic company in the OAP Hall starting at 7pm.

Saturday morning’s pancake breakfast from 9-11am at the C.R.I. is by donation, and welcome to all. Following breakfast, join Karver Everson, K’omoks and Kwakwaka’wakw artist, and Keisha Everson, teacher and member of the K’omoks First Nation, as they present on the history of the region. At 1pm the graveside ceremony begins at the Cumberland cemetery where tributes are shared and flowers are laid at the grave of Ginger Goodwin and the many Cumberland fallen miners. From there, the ceremony moves to the Japanese cemetery for the laying of roses and a commemoration of the 75th anniversary of the uprooting of Cumberland’s Japanese-Canadian communities. Saturday concludes with a community supper at the Cultural Centre including guest speakers, music, food and drink.

Most events are free, or by donation, with proceeds supporting exhibits and programs at the Cumberland Museum and Archives. Find the full schedule plus tickets for the Charles Demers show and Community Supper at www.cumberlandmuseum.ca