The Fat Oyster is pleased to present an entertaining evening of poetry and prose with award winning poets Patricia Young and Terence Young, and local author and wood lot owner, Harold Macy on Wednesday March 30th at the Fanny Bay Hall. 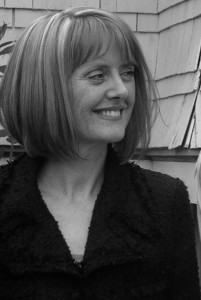 Young has published twelve books and won over fifty awards. Among these she has twice-won the Dorothy Livesay Book Prize, won the Pat Lowther Award, a CBC Literary Prize, two National Magazine Awards and twice been nominated for a Governor Generals Award.

Of Terence Young’s most recent book, The End of the Ice Age (Biblioasis, 2010) tells thirteen tales of hardscrabble men: stories of unfulfilled expectations, infidelities, and meaningful victories. In the words of Montreal reviewer, Mark Paterson, “Contrary to the codes of cliché, there’s more to men at midlife than Ferraris and pharmaceuticals.”

Terence Young is an accomplished author of five books of fiction and poetry. He has won the Victoria Butler Book Prize and been nominated for the Dorothy Livesay Poetry Prize and a Governor Generals Award. Also a teacher, he won the Prime Minister’s Award for Teaching.

Author Harold Macy is a local character himself who has lived in Comox Valley for forty years where he is surrounded by old hippies, fundamentalist Christians, badly-aging cowgirls, loggers and urban refugees. His book, The Four Storey Forest: As Grow the Trees So Too The Heart (2011), has been described by Author Jack Hodgins as, “remarkable…. Part autobiography, part spiritual journey, part historical fiction and part arboreal adventure.”

This Fat Oyster reading will be on Wednesday March 30th, 7:00 pm at the Fanny Bay Hall. Doors open at 6:30. Minimum $5 donation at the door. For more information please see the Fanny Bay Hall website at: http://fannybaycommunity.com/fat-oyster-reading-series/ and Facebook at: https://www.facebook.com/fatoysterreading.