The BC Jodo Shinshu Buddhist Temples Federation welcomes all community members to participate in paying tribute to those who have gone before us. By welcoming people from all cultural heritage and faith denominations, the Federation seeks to foster fellowship and understanding. Join the tour at the Cumberland Japanese Cemetery on Union Road on Saturday, August 20, 2016 at 2 p.m. The tour also visits cemeteries in Nanaimo, Port Alberni, Chemainus, Duncan and Victoria.

The Japanese Cemetery and the historic No. 1 Japanese town site, located in Cumberland’s Coal Creek Historic Park, are also being nominated as a British Columbia Japanese-Canadian Historic Place by the Village of Cumberland. This recognition celebrates BC’s diversity and recognizes the contributions of Japanese-Canadians in BC to the prosperity and diversity of the province.

The nomination is supported by some descendants of the historic Cumberland Japanese community and by the Cumberland Museum and Archives. In 1942, the thirty-one families of Japanese descent that lived at the No. 1 town site were interned in camps in the BC interior. 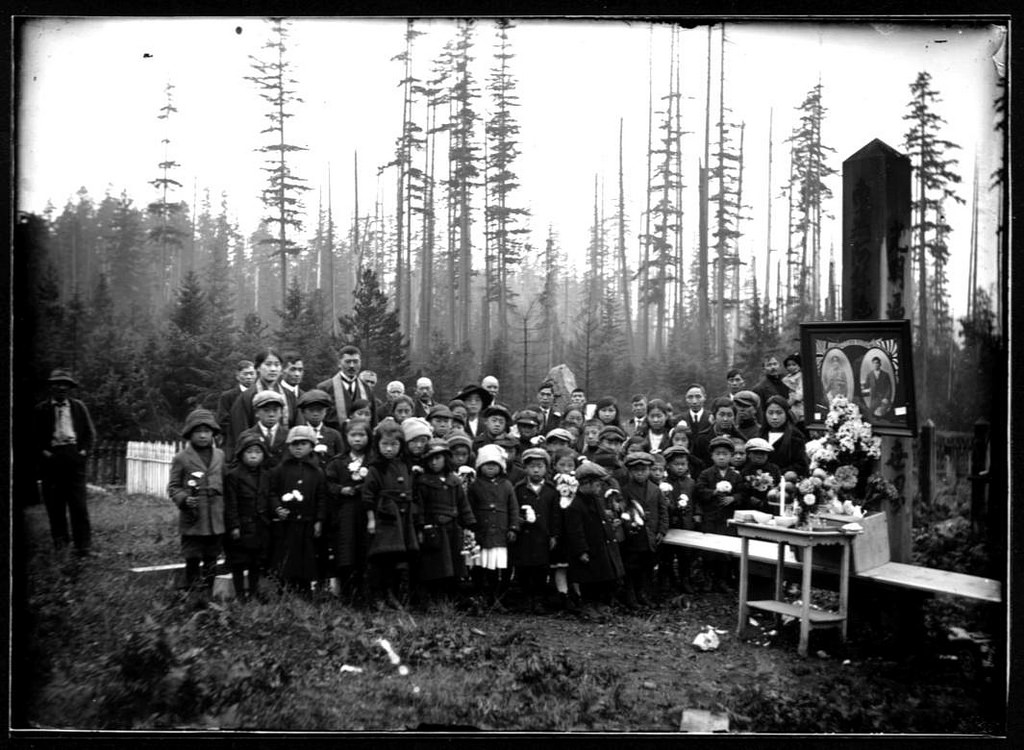